Her lasting legacy could be seen as one of female empowerment: how can we deny a woman’s right to do any job when the most powerful position in the country was occupied by a woman?

Her Majesty Queen Elizabeth II, our longest reigning monarch, died yesterday, age 96. Today we join many others to mourn the death of a matriarch and offer condolences to her loved ones at this difficult time.

Through her 70 years of reign, and in often turbulent times, the importance and impact of the Queen’s enduring presence and service has had a vast impact on her country, the Commonwealth, and its people.

As a charity whose mission is to empower women and girls, we are saddened by the passing of an eminent female leader, known to us all as a symbol of stability, unwavering in her committed, inspiring leadership approach. 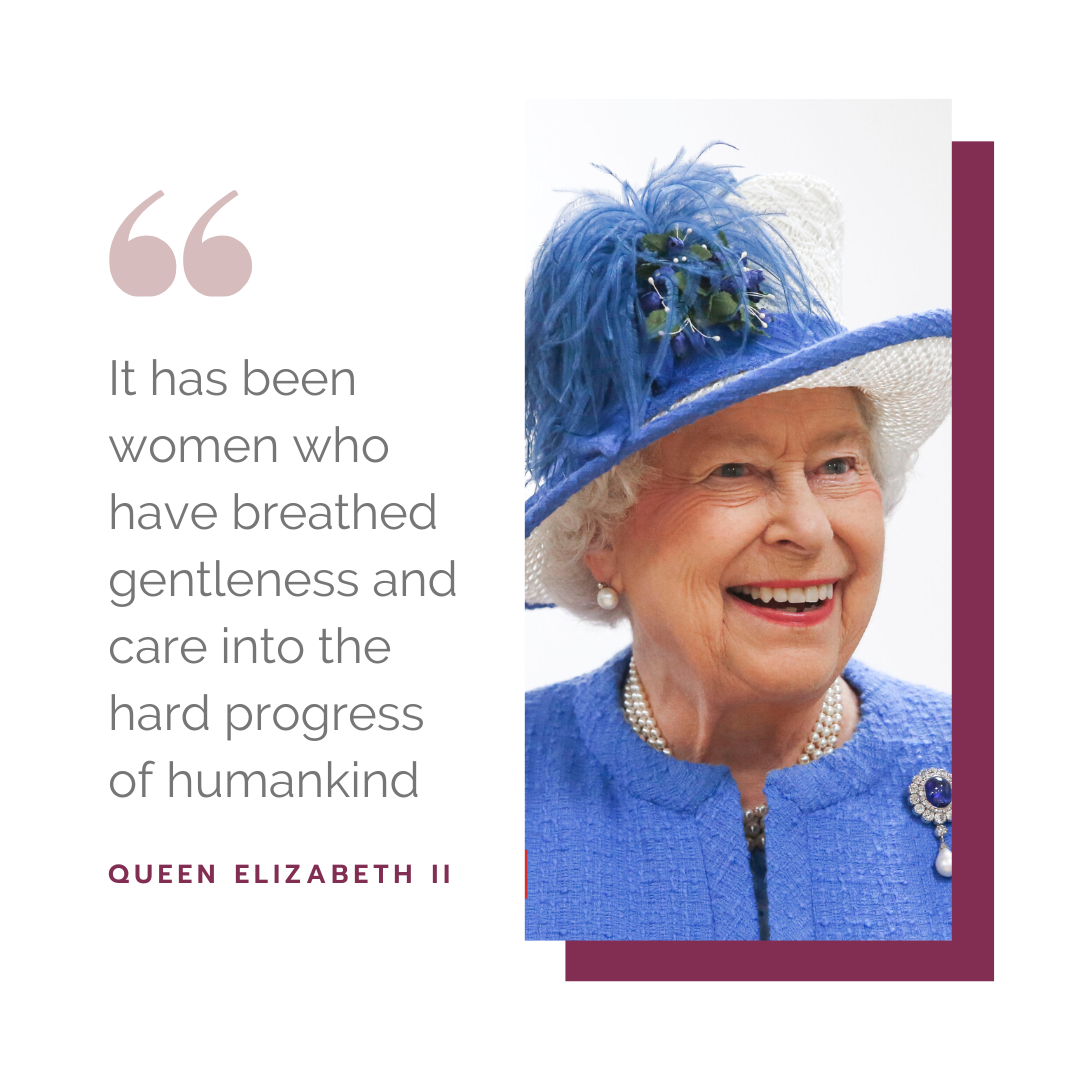 In 1952, as a 25-year-old mourning the death of her father, the Queen stepped into a very male world, breaking down stereotypes in her path. In 2013, she gave women equal access to the throne. She was a lifelong member of the Women’s Institute, lauding the achievements of fellow members in her annual speeches.

She changed the nation’s stance on divorce, allowing  women to become more than their husband’s property, escape unhappy or abusive marriages and reclaim financial independence.

The Queen ensured women and girls grew up with a steadfast woman in power so that we could be inspired to step into influential roles, without question. We reflect on Her Majesty’s achievements at this poignant moment in history, and let her legacy be an example of how in times of enormous change, her artful and matriarchal leadership was profoundly inspiring. Her lasting legacy is arguably one of female empowerment: how can we deny a woman’s right to do any job when the most powerful position in the country was occupied by a woman?

Her lasting legacy could be seen as one of female empowerment: how can we deny a woman’s right to do any job when the most powerful position in the…
Read more

We are growing our services and our impact. “We are so excited to see the Inspiring Futures Academy grow and thrive. Through our virtual lear…
Read more

For our latest impact story, we spoke with the incredible, Noven. Noven began her journey with us in March 2021 when she was referred by one of our…
Read more

"To mobilise an extensive network of talented business leaders to inspire and empower women and girls to achieve their full potential and drive social change."